There were 85 sailors crewing on 17 sailboats of all classes competing to win the Gulf Coast Sailing Club (GCSC) 2016 Charity Regatta off Naples Pier on Saturday, April 2.   Hundreds of viewers were awed by the fast action on the water accompanied by racing wind conditions.  The thousands of dollars raised will benefit children in the Southwest Florida community who are affected by the loss of loved ones through the Avow Children’s Bereavement Program. Other benefactors include the Naples Community Sailing Center which was co-founded by Gulf Coast Sailing Club and the Naples Sailing and Yacht Club, Collier County’s Adaptive Sailing Program and Blind Sailing Unlimited.

Three buoy races were held on Saturday off the Naples Pier covering a total of 25 nautical miles, each with two Spinnaker sail classes (A & B) and two True Cruising classes (A & B). Gulf Coast Sailing Club Regatta Chairman Paul Carlson announced the winning boats in the regatta today, with ratings adjustments based on the West Florida Performance Handicap Racing Fleet (PHRF).

The J-105 “Flame” Skipper Jim Doane, winner of the Spinnaker A Class, was quick to give credit to his celebrity crewmember, the America’s Cup 35 TV Host, Tucker Thompson.  “Tucker is way too humble about his racing skills and he really has an amazing ability to see the wind puffs on the water and serve as a strong member of the crew,” commented Doane. “Our Flame crew is excited about the win, and more importantly about the funds we raised for Avow and other sailing programs by sponsoring Tucker as a celebrity crewmember. We were honored to have him onboard.”

At the Regatta Dinner, April 2 at Naples Sailing & Yacht Club with close to 200 guests in attendance, Tucker Thompson gave an exhilarating presentation about the dramatic comeback of AC34, an update from the ongoing Louis Vuitton America’s Cup World Series and an insider look of what to expect for AC35 in Bermuda (2017). The Bermuda Tourism Authority, BMW and Bremont Watches provide support for Tucker Thompson in his role a TV and Public Host of AC35.  “After the race on Flame, I can feel in my muscles and joints why I am no longer a professional racer and it has been a long while since I have enjoyed such a great time sailing on the water. Many thanks to the Gulf Coast Sailing Club and its members for this opportunity to help Avow and community sailing programs while sailing for the first time in Southwest Florida. It’s beautiful here.”

Principal Race Officer (PRO) Craig Spicer of GCSC, had to cancel the planned second day of Sunday regatta races due to high winds and waves exceeding the safety guidelines on the Gulf of Mexico.

GCSC Commodore Maurice “Moe” Scully noted that the regatta would not be possible without the many sailors, sponsors and volunteers. “Gulf Coast Sailing Club has been sponsoring the charity regatta for 40 years, and we are only able to make this possible through the tremendous giving hearts of the sailing community, our members and the generosity of our sponsors. All our boats are winners to us and deserve equal applause. We hope to continue this tradition in 2017.”

Membership to GCSC is open to all those interested in sailing, having fun and contributing to being the “Heart of Sailing” in Southwest Florida.

The information above was provided by Gulf Coast Sailing Club. For more information visit www.gulfcoastsailingclub.org 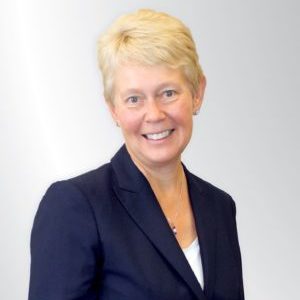